Its design allows you to mix in compressed filter bands with the original signal. This makes it possible to shape and tonalize your sound without squashing its dynamics. 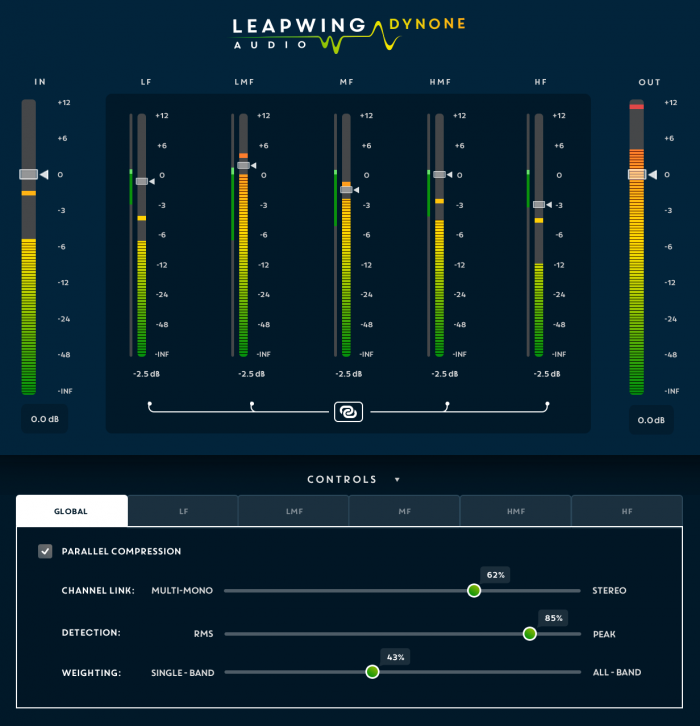 DynOne has four unique features. You can set minimum and maximum attack and release values for an adaptive compression timing which is dependent on the crest factor, making it sound musical. There is also a slider to set the envelope detection circuit to RMS or peak, or anything in between. And multi-mono to stereo variable channel linking. The last unique feature is that the sidechain input of each band is defined by a variable weighted mix of that particular band versus the other adjacent bands; one weighting slider gives you intuitive control over the sidechain inputs.

All of these features are available in an intuitive interface. It allows you to tonalize your sound and fatten it up, all within seconds.

DynOne for Windows and Mac (VST/AU/AAX) is available for purchase for 199 EUR.

Leapwing Audio has also recently released CenterOne, a spatial effect plugin that allow you to adjust the phantom center signal, without changing the panorama or spectral characteristics. 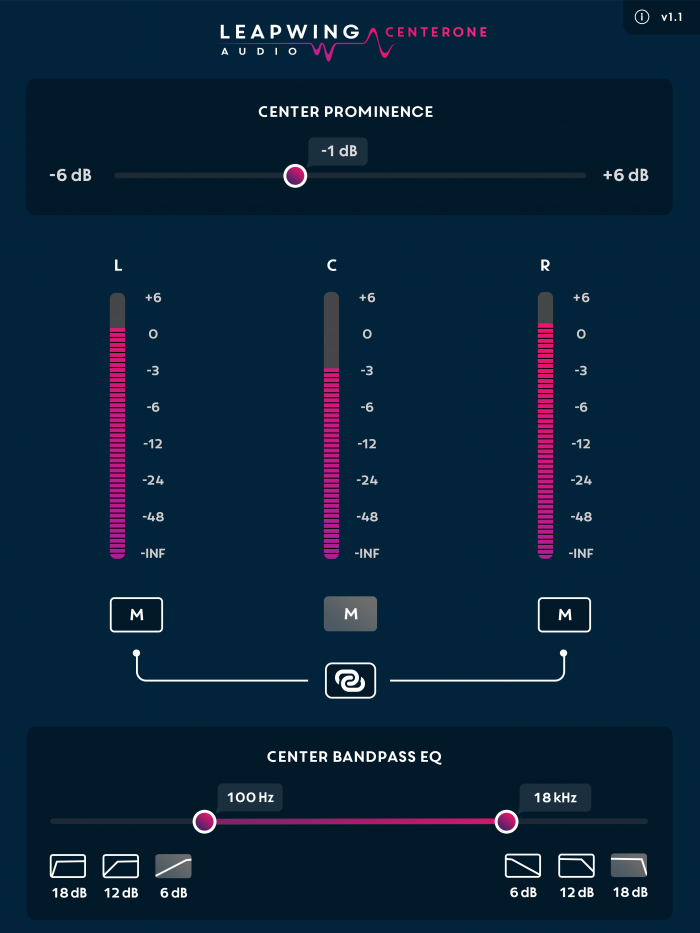 For final mixes and mastering, CenterOne separates phantom center content from left and right content. With CenterOne, you can zero in on the phantom center and bring out or bring down the vocals without affecting everything else.

For post-production engineers and DJs as well, CenterOne lets you re-position, isolate, and even eliminate elements of your mix.