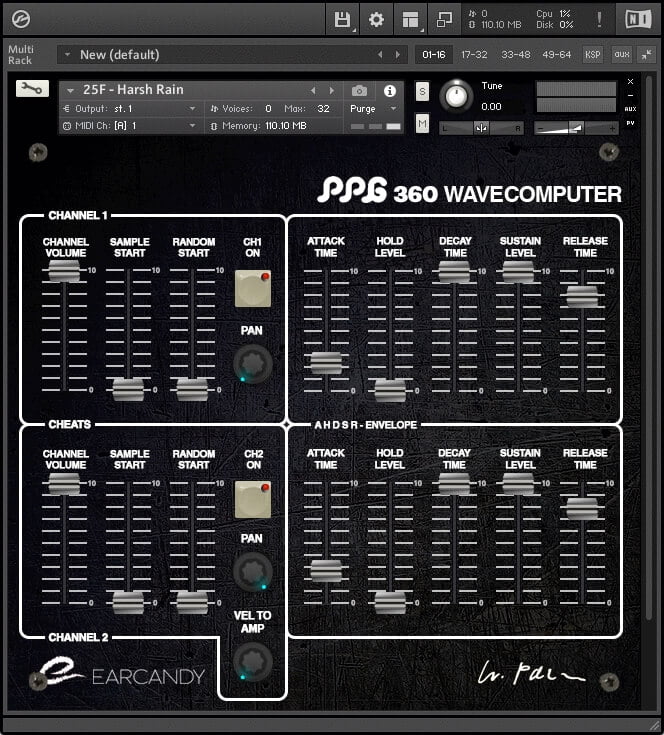 The library contains the 30 factory programs and another 5 programs made by the owner. On top of that 65 programs were made based on the 35 sampled programs using the Kontakt user interface.

You have never heard it’s sound this pure and clean and the overall sound of the 35 direct sampled programs are matching the real deal in every detail.

The PPG synthesizers famous voice panning system gives this early eight bit digital synthesizer a great spatial sound and the wavetable synthesis at pure eight bit, gritty and digital, is very much oriented towards sounds in the mid- and higher frequencies.

Don’t let the 35 programs fool you. It does not take much tweaking to make new and out of this world sounds.

Try to do some changes to the sample start, random start and envelope settings and you will very soon be listening to some very different sounds. The possibilities are almost endless.