eaReckon has announced its Winter Sale, offering a 30% discount on the EARebound delay plug-in and 38% off its EAReverb reverb plug-in for Windows and Mac. 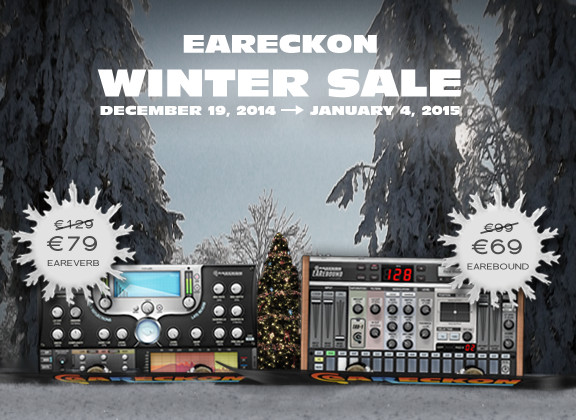