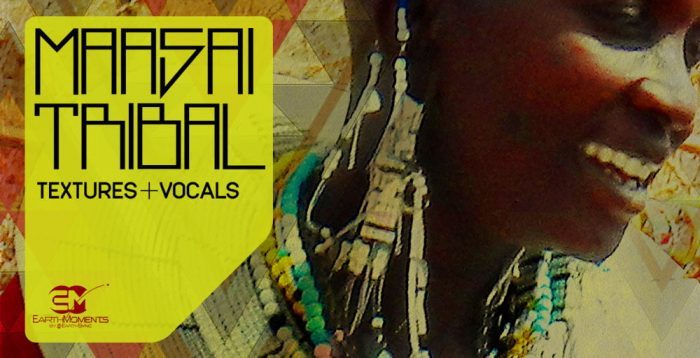 The bundle showcases an eclectic selection of high quality field recordings that capture the unique and exotic timbres, tones and melodies of this secluded tribal community.

Contained in the bundle are very RAW sounds and recordings – traditional music of the Maasai tribe coming together over the years with the Christian influence of the region. These rare vocal samples are exotic in nature, but created with familiar patterns and rhythmic textures that make them easy to integrate into any production. The diverse loops and sounds draw on a variety of traditional Maasai musical motifs – including the call and response vocal pattern where the olaranyani singer leads the melody, with a chorus of vocalists singing the harmonies. The unique rhythms of Maasai music – including time signatures that are variations on 5/4, 6/4 and 3/4 – are also captured in the bundle, as well as various elements unique to the Maasai tribe – such as the use of drone polyphony, and a diverse variety of vocal sounds, screams, and aural textures. The Maasai traditionally don’t use instruments in their music with the exception of the kudu horn used in certain songs, and bells and rattles occasionally used by the women as an accompaniment to their singing – elements that are also featured as part of the bundle.

The bundle as a whole has been tailor made to fit a vast variety of genres and production styles – from acoustic to electronic, experimental to ambient, and has been recorded on field by EarthMoments audio engineers with over 20 years of experience. The colourful and exotic nature of the samples also makes them apt for any producer looking for inspiration before starting a composition, or looking to add an unconventional touch to their productions.

The sample library is available from Loopmasters for £29.95 GBP.