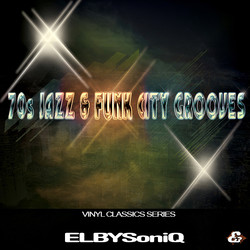 The inspiration for this project comes from names such as the Mizell Brothers who produced some superb records for Donald Byrd, MFSB, Deodato and the jazz funk fusion artist who were the predecessors for the smooth jazz artist in the end of the 80s till nowadays. So no raw funk but smooth and produced sounding funk grooves from the mid-seventies.

Producer, composer and instrumentalist Eric Burger took the challenge to produce a song-based Construction Kit library, with usable and functional loops divided in different sections and keys for a lot of variation.

All the loops are raw cuts from live performances; there is some compression on the drums and some basic FX on the guitars and keys.

ELBYSoniQ delivers a song-based construction kit library which is intended for those who are looking for inspiration in genres like Hip Hop, Pop, Soul, Dub, Funk and RnB.

The sample library is available from Producer Loops, priced at £34.90 GBP.