Elektron has announced a limited time sale on its Analog series instruments in celebration of the release of Overbridge. 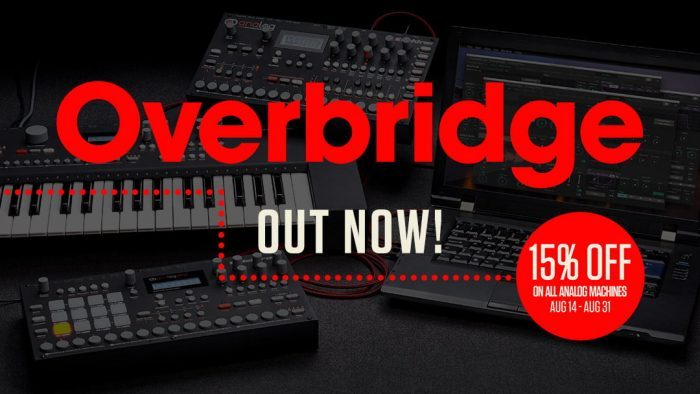 It has been three years in the making. Now, with the official release of Overbridge, a new era of musical creativity begins. First in line is Overbridge for Ableton Live (with optimization for other popular DAWs in the works).

Overbridge offers a tight integration between Elektron hardware and music software. Among many other things, the Overbridge technology allows for use of the instruments as real analog plugins within a DAW, along with other plugins.

We want everyone to join in our celebration! Starting now and effective until August 31st 2015, Elektron Analog Rytm, Analog Keys, and Analog Four will enjoy a 15% discount.