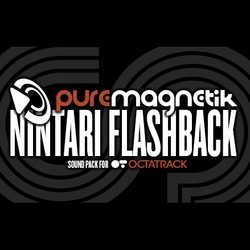 Elektron has announced the release of the Nintari Flashback sound pack for the Octatrack dynamic performance sampler.

The Atari 2600 and the Nintendo Entertainment System are the consoles that helped form a generation. They are remembered not only for their amazing selection of games, but also for that special video game sound they were capable of generating. The great Puremagnetik team has sampled both consoles in detail and we are proud to present the fruit of their labor: the Nintari Flashback Sound pack. The mixture of seriously raw waveforms, lo-fi squeaks and 8-bit drum sounds will beam the Octatrack straight back to the future. Press start to continue!

The sound pack is specifically made for the Octatrack. Included is an Octatrack set featuring 1 project, 16 patterns and 4 parts. Also included are 16 scenes per part, providing a great starting point for experimenting with the demo patterns.