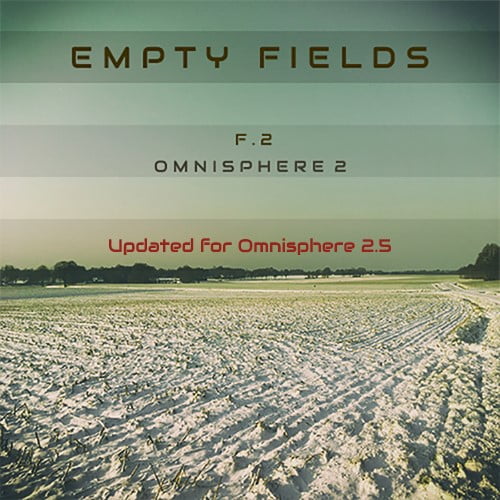 One year ago, in February 2018, I started with the idea to create a soundset that was inspired by the new environment I moved to. I came up with an idea to let myself be inspired every month and record and create presets with that material and emotions. This resulted in the Empty Fields series. 2 sets for with 10 scheduled releases in a one year period. One for Omnisphere 2.5 and one for Falcon.

Now a year later the soundset Empty Fields – F.2 for Omnisphere 2.5 is completed. It was an amazing journey and it became my most popular set I have released. In total the soundset contains 520 presets, 100 multis and 360 custom soundsources.

Also available is a new Omnisphere 2 Freebie Collection, featuring 50 free sounds and 45 sound sources taken from Pagan 3, Journeys, Cloud Atlas, Traveller, Empty Fields – F.2 and Discovery – Crime. Most of these sounds have been released in separate freebies, but now they are bundled into one nice collection.

The 220MB collection requires Omnisphere 2.5. The download includes a one time coupon for a 20% discount on any of the released (or future) Omnisphere 2 soundsets (+ Bundle).

Save up to 94% on 303 Bundle deals incl. Production Master & Black Octopus Sound