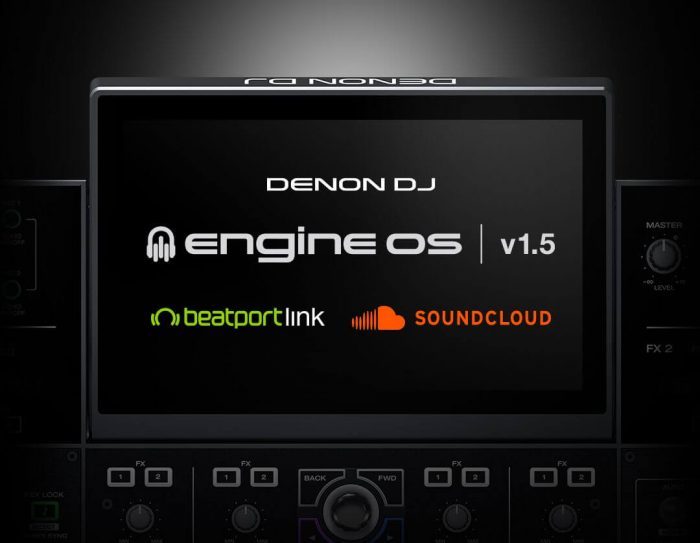 “DJs have never had access to such a vast and diverse array of music on standalone DJ gear,” said Jason Stout, Product Marketing Manager for Engine DJ.

He added, “A DJ can literally show up to an event, connect and play virtually any track on the planet without any physical media or computer. It’s amazing to see how far we’ve come from the days of carrying crates of vinyl and books of CDs. We’re excited to lead the industry into the next chapter of music medium playback history.”

Engine OS v1.5 is available today for users as a free and recommended update.

Highlights of Engine OS v1.5 are as follows:

SoundCloud, known as the world’s largest and most diverse platform of digital music, brings a unique and personalised experience to Engine OS standalone devices without the need of a computer. Once activated, DJs can access their entire SoundCloud Library including their own tracks, created/liked playlists, albums, liked tracks, play history, followed artists as well as SoundCloud’s own curated playlists. SoundCloud Go+ includes both regular (128kb/s MP3) and high quality (256kb/s AAC) playback options. As with all streaming services, performance data such as BPM, Key, Hot Cues, and Loops are saved to the DJ’s source drive and instantly recalled the next time the track is loaded.

Widely known as the ‘go to’ source for electronic dance music, Beatport LINK gives DJs access to over nine million high quality tracks directly from the hardware – no computer required. Once logged in, users can browse Top 100 playlists, latest tracks by genre, user playlists and Beatport curated playlists. Beatport LINK provides Engine OS BPM and Key information directly, which means that users can see vital track information in the list view when browsing and searching for tracks without having to load/analyse first. Beatport LINK includes both optimised (128kb/s MP3) and advanced (256kb/s AAC) playback options. As with all streaming services, performance data such as BPM, Key, Hot Cues, and Loops are saved to the DJ’s source drive and instantly recalled the next time the track is loaded.

Note: Tracks will need to be analysed for the first time on a device running Engine OS v1.5 or re-analysed in Engine PRIME v1.5 to utilise the new BPM and downbeat algorithm.

Switching between music sources has never been easier, thanks to the new Quick Source Menu. A user can now enable any subscribed streaming service (TIDAL, SoundCloud Go+, Beatport LINK), connect multiple media devices and easily mix music between the sources in a single session. The Quick Source Menu can be accessed from both the horizontal waveform performance and library view on all Engine OS devices.

Virtual Guitarist IRON by UJAM on sale for only $39 USD