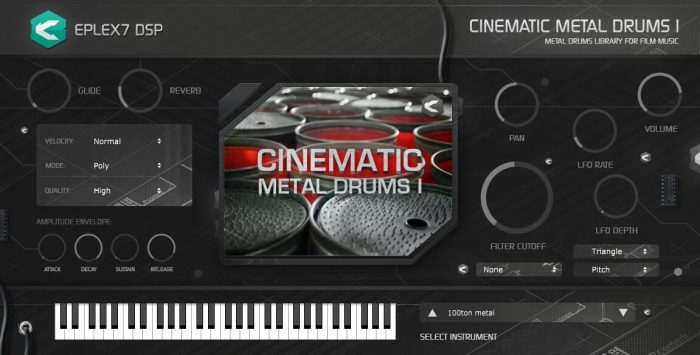 Cinematic Metal Drums 1 for Windows and Mac (VST/AU) is on sale for the intro price of 5.90 EUR. The regular price is 7.90 EUR.