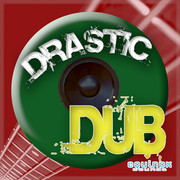 Equinox Sounds has released Drastic Dub, a downloadable sample pack of 20 hand-crafted Dub style construction kits that is an essential addition to the Dub producers’ library.

‘Drastic Dub’ consists of 20 construction kits, each in a distinct key and BPM which represents a musical idea or groove to be used as a foundation for a musical work. Each construction kit contains a folder featuring the deconstructed drum kit (kick, snare, hat, perc…) which includes a loop of mixed drums and another folder with the component loops (bass, lead guitar, rhythm guitar, organ and piano).

Drastic Dub is available to purchase for $29.95 USD.