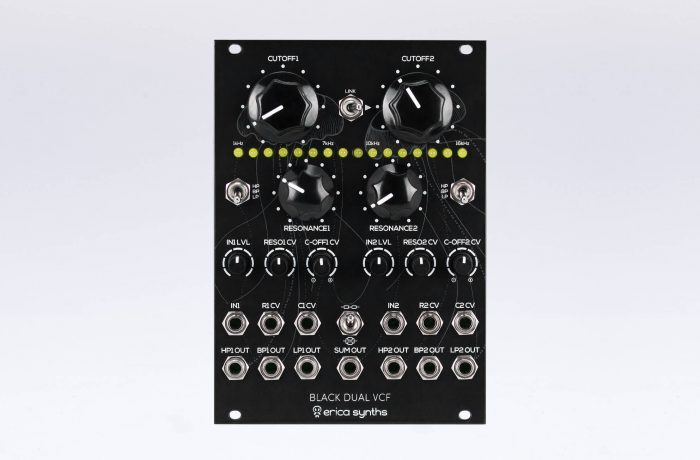 It can be used as two independent VCFs with simultaneous HP, BP and LP outputs, controls can be linked for stereo application and both VCFs can be chained in series or parallel to the summing output for ultimate modulations.

Also released is the Pico T→G, a module that converts triggers to gates using smart algorithms that enhances your musical compositions and rhythm patterns. 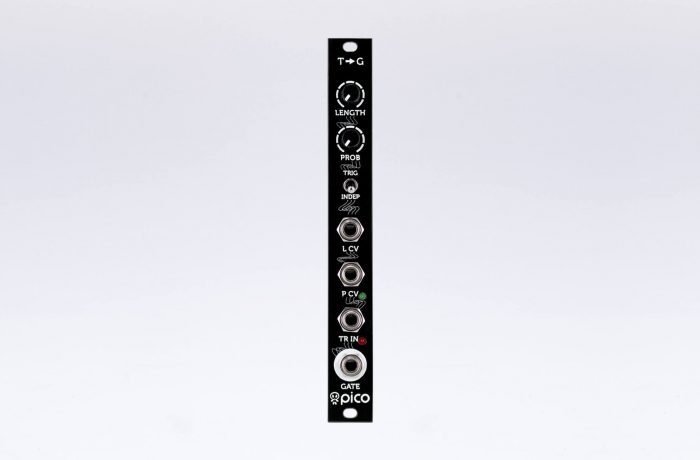 The module can turn a simple trigger sequencer into powerful musical pattern generator. The module was created inspired by Ryoji Ikeda compositions.

With Pico Series we challenged ourselves – can we make ANY superior functionality synth module 3HP wide and affordable? Yes, we can.

The Pico T→G module is 90 EUR ex. VAT and shipping.