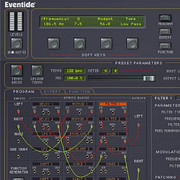 The H3000 Factory Ultra-Harmonizer native plug-in is a powerful harmony plug-in that gives you the sound of Eventide’s Mod Factory 1 and 2, as well as their Patch Factory algorithms from the venerable H3000 D/SE. It includes all original presets, plus many new ones, including presets by Richard Devine. 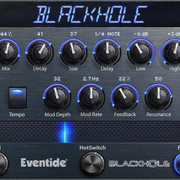 The Blackhole plug-in is based on Eventide’s Space Blackhole effects pedal. It offers a wide range of musical delay effects that you can use on a variety of sources.

The H3000 and Blackhole plug-ins for Windows and Mac (VST/AU/AAX) are scheduled for release in March, and will be available to purchase at an introductory price of $149 USD and $99 USD respectively (50% off regular).