Plugin Boutique has announced a sale on the Physion audio effect plugin by Eventide, offering a 72% discount for a limited time. 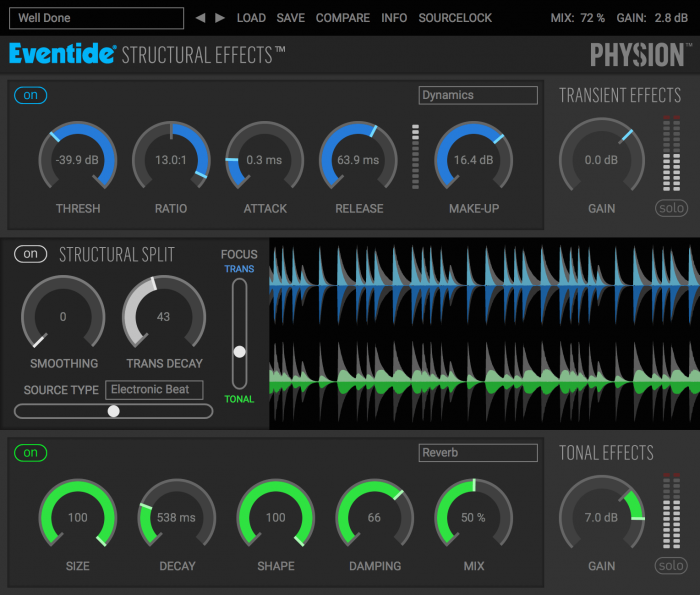 It allows you to split a sound into its transient and tonal parts, independently manipulate them using Eventide’s world-class effects and then fuse them back together. With the ability to add effects and dynamic controls to the transient and tonal sections, you can produce a wide range of effects, from the subtle to the extreme.