Eventide has announced the release of the H910, a digital recreation of the harmonizer effect.

The H910 Harmonizer® was the world’s first digital effects processor. With its unique combinations of pitch shifting, modulation, and delay, the H910 has made its way onto countless ground-breaking work by artists from AC/DC to David Bowie to Frank Zappa.

When you purchase the H910 Harmonizer plug-in, you also receive Eventide’s exclusive H910 Dual Harmonizer. This version recreates the popular technique of running two H910 units in parallel to create lush doubling and other interesting effects. 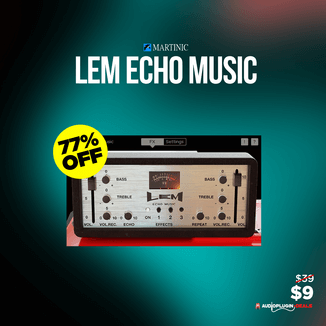