Eventide has announced a sale on Quadravox, offering the 4-voice diatonic pitch-shifter plugin at a 50% discount for a limited time. 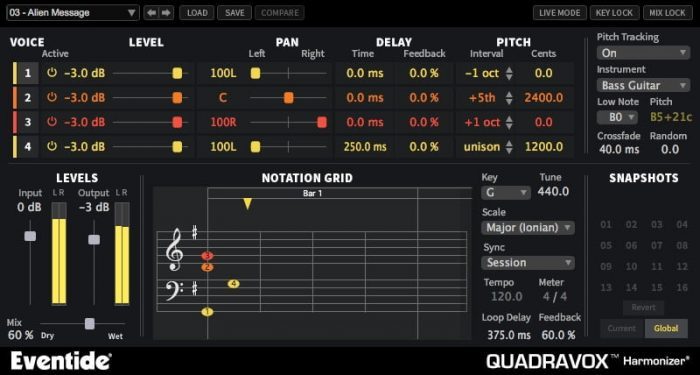 Whether you’re in a studio building a choir from a single voice, creating the perfect harmony, or adding futuristic dub echoes to your beats, get the free demo and check out what you can do with Quadravox.