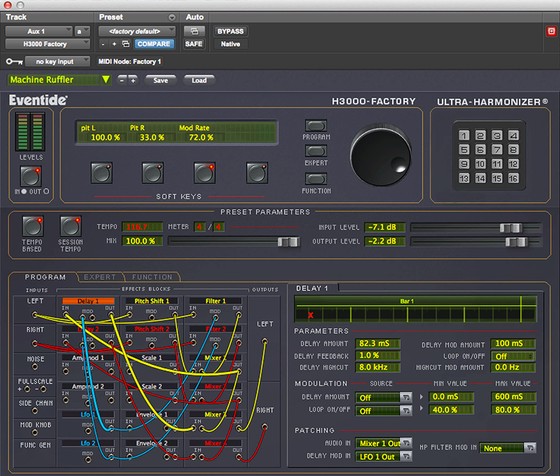 Available effects blocks include delays, amplitude modulators, envelope followers, pitch shifters, filters, and low frequency oscillators. The Function Generator features nineteen waveshapes, a white noise generator, MIDI control, and a sidechain input. All delays and LFOs can be locked to system tempo. Each delay can be looped and offers a low pass filter. The filters are selectable band pass, high pass, and low pass with variable Q, and can be swept and modulated without audible artifacts.