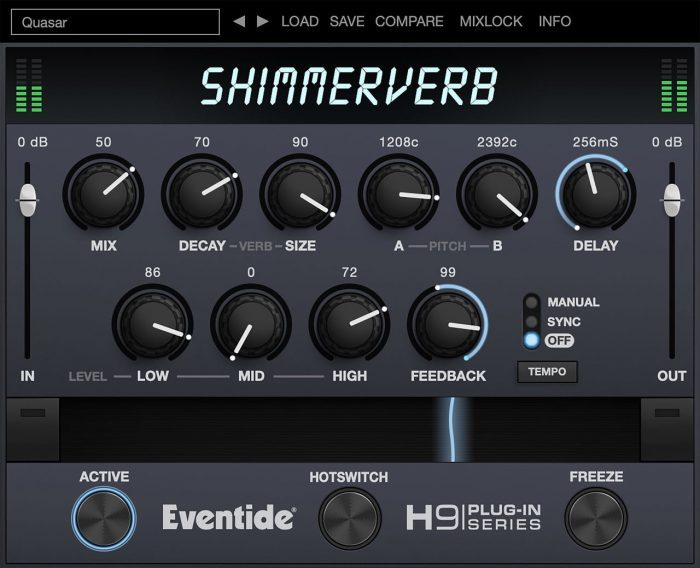 Producers and engineers have previously achieved this effect by using Eventide pitch-shifting hardware such as the H910, H949, or H3000 or other rack-mount units in combination with a reverb.

This production technique was popularized by Daniel Lanois and Brian Eno on U2’s The Unforgettable Fire. Now, this iconic sound has been refined and extended with a modern, unified interface that is great for adding dreamy ambiance to guitars, keys, synths, samples and vocals.

In typical Eventide fashion, features have been added such as the ability to infinitely feedback the signal, resulting in cascading reverbs that smear into oblivion. Feedback can be further fine-tuned by specifying which frequencies are fed back through the low/mid/high cross-over network.

ShimmerVerb for Windows and Mac (VST/AU/AAX) is on sale at Eventide Audio and distributor Plugin Boutique for the intro price of $39 USD through September 8th, 2020 (regular $99 USD).

The iOS version of ShimmerVerb, which works as a standalone app, AudioUnit v3 plugin, or Inter-App Audio effect, is priced at $14.99 USD at the App Store, with a special intro price of $9.99 USD through September 10th.