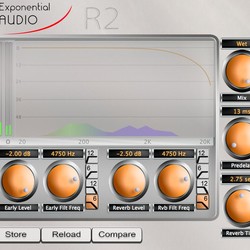 Exponential Audio has announced the release of version 1.3 of its PhoenixVerb and R2 reverb effect plug-ins for Windows and Mac.