FeelYourSound has announced the release of version 2.0.0 of the Sundog Song Studio electronic songwriting solution for Windows and Mac. 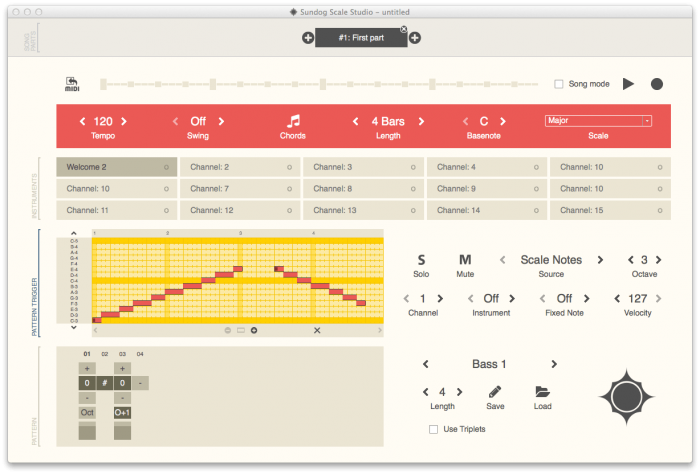 Sundog is a standalone composition software that connects to any DAW via MIDI. With Sundog it is possible to develop new chord progressions, melodies, basslines, and arpeggios within minutes.

Sundog Scale Studio 2.0 adds many new usability features and provides an even faster workflow than before.

Sundog is available for Windows and Mac OS X for 39 EUR / $45 USD, with an introductory price of 29 EUR / $35 USD until April 28th, 2015. The update is free for all existing customers of Sundog Scale Studio.