Waves Audio has launched a 48-hour flash sale on the Abbey Road Collection, offering 89% off on the bundle of 11 effect plugins that model gear from the Abbey Road Studios. 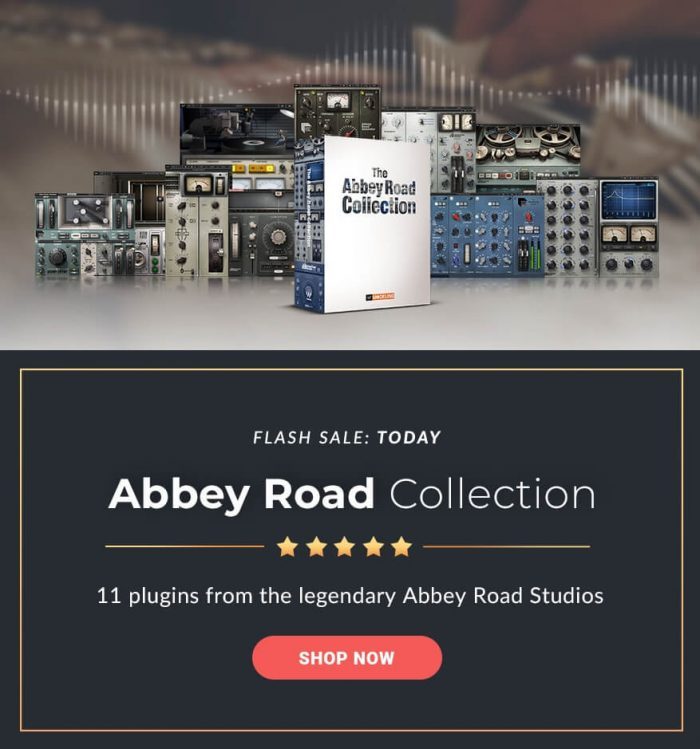 The bundle is on sale for $179 USD through February 20th, 2020. Owners of any Abbey Road plugin can upgrade at an additional discount.

Save 45% on Wavelet Audio’s Senfine, atmospheric and emotive sounds