Origin Sound has released its new sound pack Flashback 88, a collection that is oozing with eighties styled Serum presets, each full of electric energy and a perfectly refined vibes. 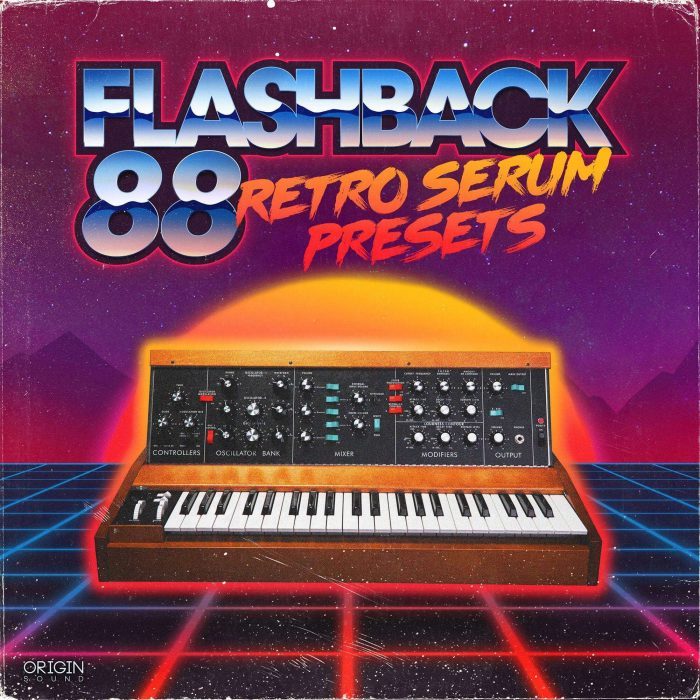 The pack contains a whopping 60 presets in total, each coming with pre-mapped macros for extra usability. While some of the presets successfully emulate quintessential sounds like the Roland 303 or the infamous eighties tom drum, some of the other presets take the spirit of the eighties to a more modern context.

These more modern sounds could be used to create music along the lines of Bruno Mars, or even in a more futuristic genre like San Holo’s music. The attention to detail for this pack really shines through with some of the custom wavetables for presets like ‘FX_Nu Jack’.

Flashback 88 is not to be slept on. These presets are extremely versatile and are ready to help you create your next funky hit.

Flashback 88 Retro Serum Presets is available from Loopmasters for £21.95 GBP.