Fluffy Audio has announced the release of Trio Broz: Solo Cello, a cello instrument library for Native Instruments, featuring the sounds of a 1743 Louis Guersan made in Paris. 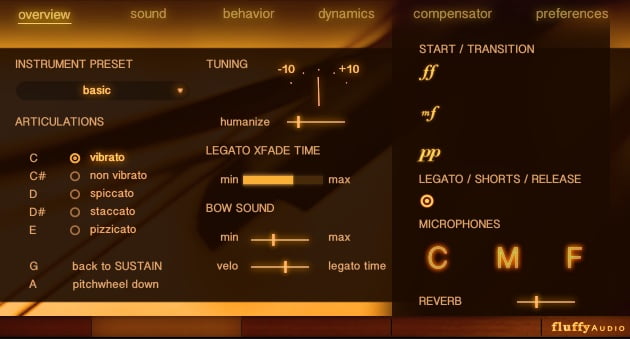 Trio Broz: Solo Cello, for Kontakt 4.2.4 (and above), is a sample Cello inspired from the honest and compact Trio Broz sound. With its spontaneous dynamic heightening voice, supported by the powerful DCE, Trio Broz: Solo Cello is perfect for emotional and sensitive phrasing as well as energetic lines on a higher register.

Since the Cello is played by Klaus Broz, it naturally blends together with Trio Broz: Solo Violin, played by his sibiling Barbara.