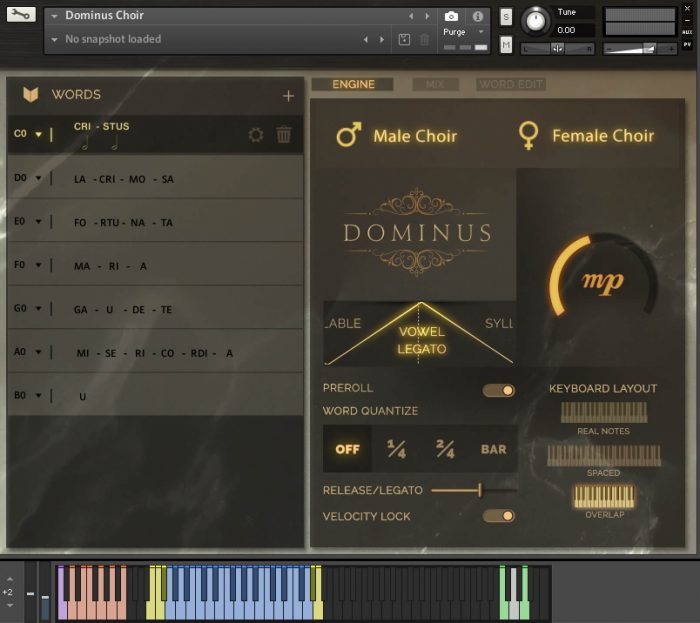 Dominus Choir is made with two choirs from Italy, the female choir “La Rose” and the male choir “Novecento”, and sampled in the same hall where Rinascimento was produced.

“Dominus” in latin means “Lord” or “Master”. This word can be heard in many examples of sacred Christian Music.

Despite its noble origins, the choice of the name “Dominus” was actually inspired by Dominoes, the popular game that dates back to 13th century China and which spread out to Europe five centuries later.

In facts, the way the engine works resembles this ancient game. In Dominoes you connect the different tiles according to their value. Dominus Choir utilizes an engine which intelligently connects the different syllables by the vowels which both precede and follow the consonants.

The vowels are the glue that hold the words together. This system keeps the musicality and the realism of the original sessions intact, but also gives the user complete control over the duration of each part of the words built with the word editor.

In addition to this, Dominus features beautiful true-legato transitions for all the vowels in the library, capable of dealing with movements from the softest to the strongest dynamics, and, an intuitive polylegato engine that simply works as it should.