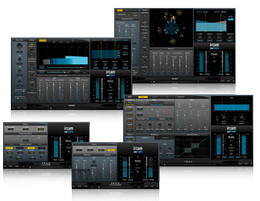 Flux has announced the release of IRCAM Tools, a software plug-in suite developed in partnership with IRCAM.

In March 2010 Flux:: announced a partnership with IRCAM (Institute for Research and Coordination in Acoustics and Music) in Paris, France. IRCAM is one of the world’s leading public research institutes within the fields of musical expression, musical research, sound, and acoustics.

The first result of this partnership collaboration is the software audio plug-in suite, IRCAM Tools.

The IRCAM Tools suite is available to purchase for PC and Mac (VST/AU/RTAS), priced at: