At the 2016 InfoComm Show in Las Vegas, Focusrite will be displaying its full range of audio network solutions for system integrators at its exhibition booth, #C10516. 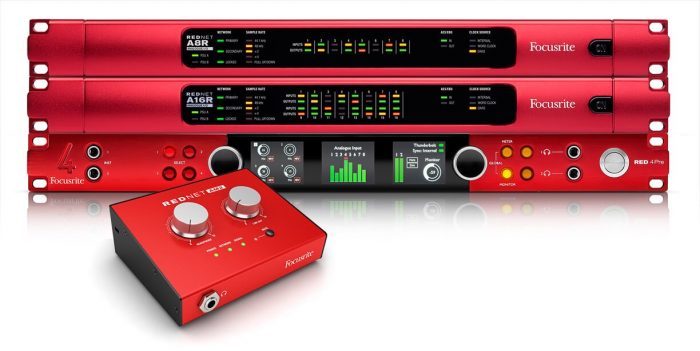 RedNet is Focusrite’s flagship range of modular Ethernet-networked audio interfaces that harnesses the power of Audinate’s tried and tested Dante digital audio networking system to bring studio quality sound to any modern audio application, from live sound, to education, to broadcast as well as in the recording studio. RedNet is an extremely scalable, near-zero latency audio distribution system that can be used to expand I/O channel count, interface digital components, and/or bridge between Pro Tools|HD or MADI and the Dante audio network.

Focusrite will be showing the following newly introduced products:

Additionally, Focusrite is displaying the following products, all now shipping: