Delta Sound Labs has launched a unique distortion synthesis plugin that utilizes wavefolding at its core.

Calling on their background in modular hardware design, the team at Delta Sound Labs has found a novel approach to creating warmth and distortion in software. By using an assortment of modules in an in-series FX chain, Fold imbues input signals with harmonically rich overtones and, if pushed to the extremes, completely transforms them with a unique form of distortion.

At the heart of Fold is its wavefolding engine. First pioneered by synth legend Don Buchla, wavefolding is the act of folding a wave back on itself after reaching a given threshold. While this naturally produces distortion and harmonics, Fold also ships with a bit crusher module to further smash the input signal.

Fold’s combination of oversampling, distortion, and wavefolding results in tones that are timbrally rich on one hand, and over-the-top destroyed on the other, even with simple periodic input signals. 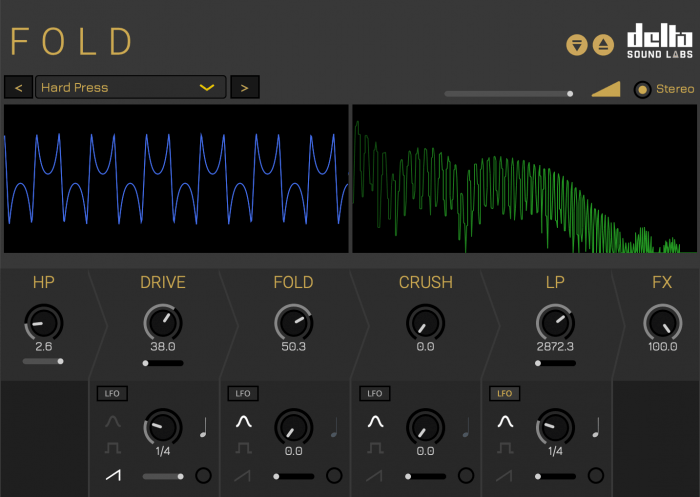 Fold includes an analog emulation of a resonant low-pass filter, syncable LFOs, and a number of professionally designed presets that showcase the versatility of its engine.