Youlean has released an update to the Youlean Loudness Meter, a free plugin that helps you comply with strict loudness requirements for the Film and TV industry. 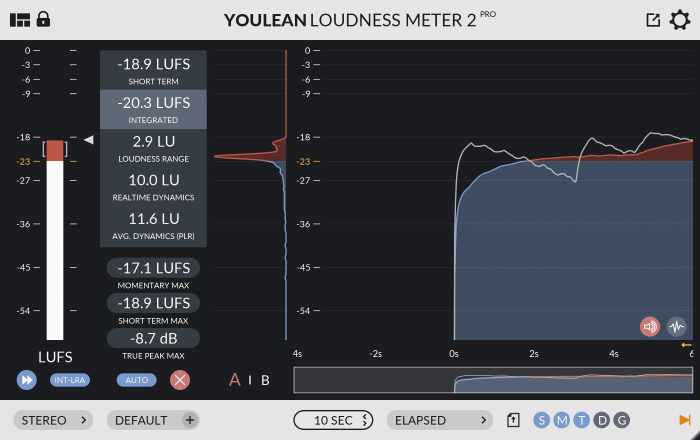 Youlean Loudness Meter helps you find the true perceived loudness of your audio and prepares it for TV or streaming services release.

Join the thousands of recording studios that already use it.

The plugin is a free download in VST/VST3, AU and AAX formats for Windows and macOS. The PRO version includes some additional features and costs $47 USD + VAT.