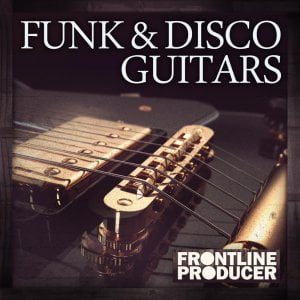 Delivering another collection of professionally recorded content, Frontline Producer is here to put a bit of Chic into your music!

Funk and Disco guitars has been recorded exclusively for Loopmasters by Andy Baker and is brimming with content, categorised into music keys at tempos to suit all productions. Inside the pack you will find Riffs, Rhythms, Bass, Leads and Arps which work together as interchangeable parts in conveniently organised musical keys. For an added musical dimension, each key folder has two variations – played at the same tempo but in a different style. This means you have all the elements you need for your Intro, Verse, Chorus and Bridge in one pack!

In addition, we have included `Tail’ recordings which allow the final chords to ring out – and give you the perfect backing for transitions. Various playing techniques are used including picked strings, octaves and of course the use of the wah-wah pedal. Funk and Disco Guitars are between 95-140BPM, making them perfect for Funk, Disco, House, Funky House, Breaks, Hip Hop and loads of other Genres!