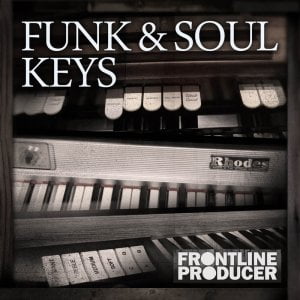 Frontline Producer has once again enlisted the help of Piano virtuoso Craig Milverton for his high calibre funk and soul skills. Voted Jazz Pianist of the year at the British Jazz Awards in 2010, Craig has a performance history which reads like a who’s who of the jazz world. Craig has been described as “A master of whatever he chooses to perform” and as “The best pianist to come along in Britain in the last 2 decades, and the nearest to the great Oscar Peterson”.

Funk and Soul Keys bring together Craig’s musical flair and the vintage instruments which define many thousands of records. The popping sound of the Clav – the distinctive sound from Stevie Wonders Superstition is included, with the unmistakeable sound of the Rhodes and Hammond organ in full force.