Future Audio Workshop has announced the release of Circle², a major update to its flagship software synthesizer, Circle.

Since its release in 2009, Circle has achieved cult status, becoming a key tool in the arsenal of both seminal underground and pop hitmakers such as Hudson Mohawke, Arca, David Guetta and Deadmau5. 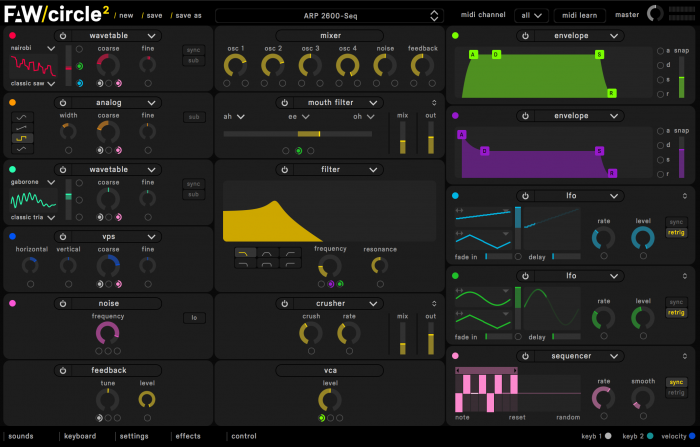 Circle² for Windows and Mac (VST/AU/AAX/standalone) is now available for purchase at the Future Audio Workshop store and from distributor Plugin Boutique for $129 USD/99 EUR. Circle users can upgrade at no charge.

Extra free preset banks and video tutorials will be released via the Future Audio Workshop Facebook page over the following months.