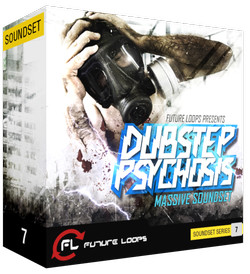 Future Loops has announced Dubstep Psychosis, a soundset for the Massive software synthesizer by Native Instruments.

If you’re a producer that likes your sounds heavy and your presets perfectly crafted and you are not afraid to go into the dark side then Dubstep Psychosis – Massive Soundset will be a powerful addition to your NI Massive arsenal!

Dubstep Psychosis contains 64 presets categorized in Bass, FX, Pads and Synths each with 8 Macro Controls already assigned so you can quickly reshape the sounds and tweak parameters with full control.

These presets were designed for Dubstep, EDM, Complextro, DNB and Bass Music.