After the recent release of FS Reverser Delay and FS FreezeVerb, FutureSonic is back with a new iOS app with an innovative twist on modulation effects.

FS Refraktor sits somewhere between a delay and a flanger, offering endless possibilities, from rhythmic flanging to chaotic pitch modulation and unpredictable stuttering. 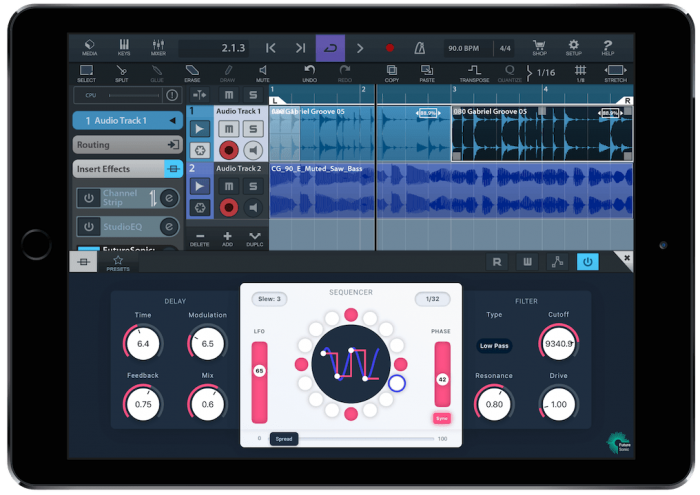 The sequencer’s Slew control varies the speed at which the delay time changes – low settings produce sudden jarring variations while higher settings transition smoothly between delay times. Bypass the sequencer, and FS Refraktor will add metallic overtones and strange resonances to your sounds, similar to a short, reflective reverb.

FS Refraktor is available for $6.99 USD.