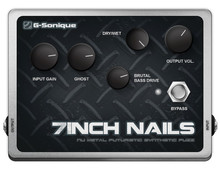 G-Sonique has announced the release of 7inch nails and Envelophase, two guitar effect plug-in for Windows.

7inch nails is a special nu-metal / industrial guitar effect that you’ve never heard before. It can create special sounding effects or a combination of futuristic synthetic aural vibrations (ghost effect) in combination with a completely mad analog fuzz. 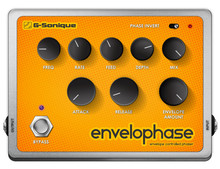 G-Sonique Envelophase is a guitar effect that combines an analog sounding modern phaser with an envelope follower.

It is a very useful effect for various styles of guitar music from rock, pop, folk, funky or disco. This effect can be used also on all other instruments like piano, rhodes, bass guitar, synths or drums.