RoVee is a VoiceChanger / formant tweaking plugin that works as a VST effect. That can convert voices to like male, female, toys or robotic. RoVee is a cut-down version of full featured pitch-correction plugin ‘KeroVee’. 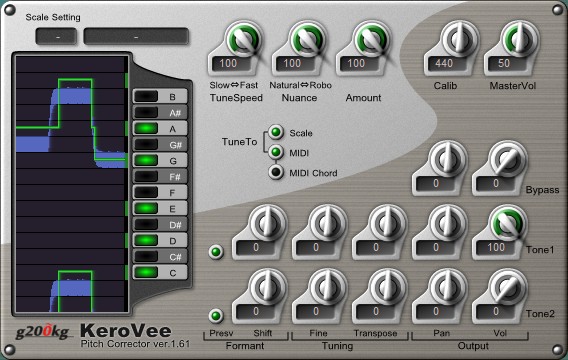 Both plug-ins are available to download for Windows (VST) free of charge.