GBR Loops has announced the release of Pungi (Been), a Kontakt instrument library based on a very old traditional folk instrument of India.

Also known as Been, the Pungi is a wind instrument that is played with no pauses, as the player employs circular breathing. 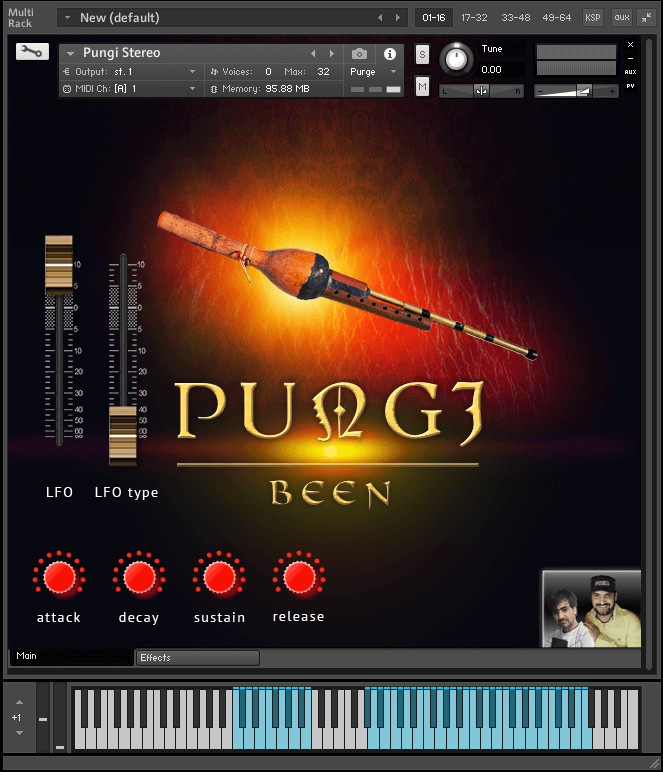 In street performances, the pungi is used for snake charming Pungi is a double-reed instrument. It is made from a special plant that grows and is found on farm fences and river drains. It has contributed a lot in old Hindi films.

Folk artists still use it in India, Pakistan, Bangladesh, and Nepal. It can also be used in modern music, keeping this aspect in mind GBR Loops has created its virtual instruments, hope you like it. 2 types of pungi inside it and snapshots extra.