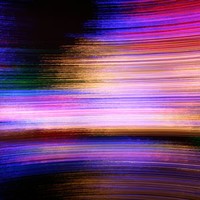 Chuck Russom FX has announced the release of Designed Whooshes, a collection of sound fx.

Remember the last time you needed fresh new whooshes for that super-stylized project you were working on? You sat down, you closed yourself off from the world, and you set out on a quest to design some awesome new whooshes. Four hours later, you looked up, realized that half the day had gone, and all you had done was make noise with nothing to show for your effort, other than strange looks from your cat. Time had run out, you still needed your whooshes, so you reached for that old sound effects CD. You know the one, it’s that disc that has the whoosh sound that all the informercials use.

Hey, we’ve all been there. We’re always needing whooshes, but who has the time to make them? Well, I’ve spent countelss hours over the last few months, cooking up some whooshes so that we all have something new to pull from.

The sample library is available to purchase for $50 USD.