Plugin Boutique has launched a sale on Tone Empire, offering a 30% discount on its audio effect plugins, including the new Black Q equalizer.

Black Q is a vintage equalizer effect that brings the sound of “smooth tubes”. 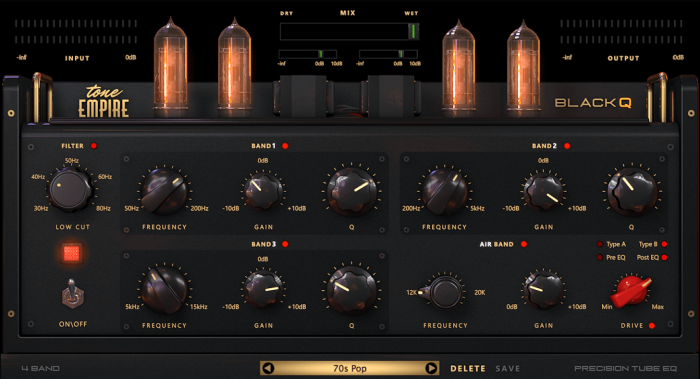 We recently brought a vintage unit to life by building the hardware version over 6 months, changing tubes, transformers and signal paths.

In this quest we build a ” Golden Unit ” with “Super Powers”. We had the idea then to model this curcuit with 2 paths involving sowter and lundahl transformers and some choices of vintage valves. The result was simply “Stunning”.

Then combining this with a versatile EQ Design, we developed a monster Tube EQ in the DSP world, a kind of hybrid with a sound going from ”Clean and Silky” to full on ”Crunchy” sounding saturations.

You can also save 30% on the Loc-Ness drum/percussion processor effect plugin and Goliath channel strip plugin featuring transformer, tube and tape saturation with an envelope follower and analog modeled EQ.

Save 30% on Carbon Electra synthesizer & Get Deep Revival Expansion FREE!