Hal Leonard’s best-selling book and DVD series MusicPro Guides brings together the most experienced authors in the music industry to give established and aspiring music professionals quality instruction that yields professional results. Last fall, Hal Leonard re-launched its MusicPro Guides YouTube channel (youtube.com/musicproguides), which streams the high-quality audio-visual media that accompanies its books or actual excerpts from its DVDs. It’s been a huge success, reaching thousands of subscribers and reaching 1.5 million views.

“We are releasing these apps as part of our commitment to have MusicPro Guides available in every form that musicians use,” says John Cerullo, publisher for Hal Leonard Books. Watch for more MusicPro Guides apps in the near future. 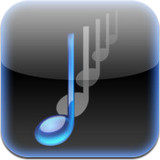 In less than one second, Delay Genie calculates to the millisecond the exact amount of delay for any live venue setup and/or any recorded musical setup. The “Studio” tab replaces the delay chart in many recording studios that shows delay times for drums and vocals. Tap your BPM or enter it manually, and the app displays 1/4, 1/8, 1/16, 1/32, and 1/64 note time increments, plus their respective triplet and dotted note companions. Just set your effects box to the number displayed on the app. The “Live” tab saves live mixing engineers the agonizing math required to suss out a concert venue. Enter room measurements, and the app displays delay time between the stage and speaker cabinets. It also accounts for differences in temperature that can affect live delay times.

Bobby Owsinksi, creator of the app, says, “I wanted to design an app that I would use myself. Setting delay times, especially triplets and dotted notes, is vitally important to the mixing process, and the Delay Genie helps a mixer do this job very easily. What’s more, the price is right (free)!”

Bobby Owsinski is a music producer/engineer and best-selling author of over a dozen books including the new second edition of Music 3.0: A Survival Guide for Making Music in the Internet Age (Hal Leonard Books). 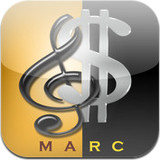 MyRecord Deal is a mobile app version of the MARC (Moses Avalon Royalty Calculator), which music business professionals and educators have been using for over a decade. It calculates the profits and losses generated by virtually any US record deal, offering information on how much musicians actually make on record sales and the actual “penny rate” of each single or album. It’s a tool for both serious music professionals looking to budget a production and for anyone curious about how much a hit song is actually worth.

MyRecord Deal also comes with an in-app help book that explains record label accounting procedures, how labels calculate royalties, and how to negotiate effectively with a label to get the best deal for the artist.

“This app will do two things: For those signed or signing to a label deal, it will give you transparency both in money owed and how to negotiate a better deal,” Moses Avalon, creator of the app, explains. “For those doing the DIY thing, it will allow you to accurately budget your recording and touring so that you don’t overspend. For many, an App like this is nothing short of a truly liberating experience.”

Moses Avalon is a top music business consultant, artists’ rights advocate, and best-selling author of music business texts such as Confessions of a Record Producer and 100 Answers to 50 Questions on the Music Business.