Harrison has announced the release of Mixbus32C, the next generation product in the Mixbus DAW family. 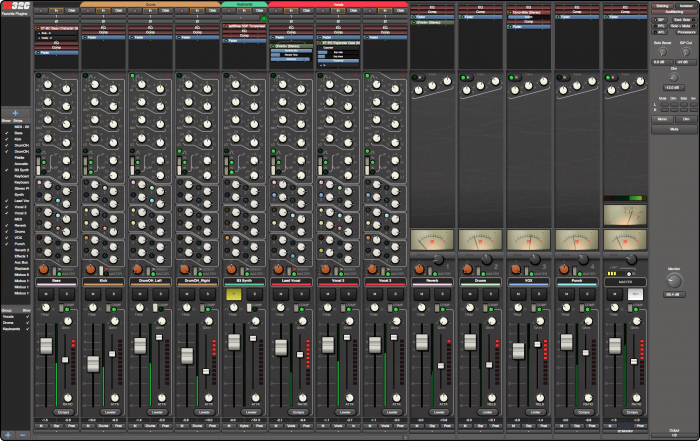 “Mixbus was hailed by the industry as a breakthrough for ‘in the box’ mixing by incorporating decades of console building experience into a cost effective mixing platform for today,” says Gary Thielman, President of Harrison Consoles. “Mixbus32C takes that concept to the natural next step by using the full resources of today’s technological advancements to precisely emulate not only the operational advantages, but to faithfully emulate the analog performance of a traditional Harrison analog console.”

Because of the way the Mixbus32C mixer page is laid out, the most commonly used controls are displayed and are accessible at all times using a rich, high contrast GUI design that gracefully and accurately emulates the original hardware version of the original Harrison 32C console. This traditional layout not only looks good but allows the engineer to approach the console as if it were a musical instrument, directly affecting the art of mixing and contributing greatly to the success of any given mix.

Harrison has pioneered the use of high performance computer technology over the last 20 years to provide unmatched processing power in the world’s largest mixing environments. By keeping up with these incremental technological steps through the decades, Harrison can now faithfully emulate the beautifully designed analog signal processing designs of the past and incorporate them into a full function “True Analog” mixing console within the digital audio workstation environment.

“The last 32C analog console was produced 33 years ago,” says Ben, “we are thrilled to be able to finally bring it back.”