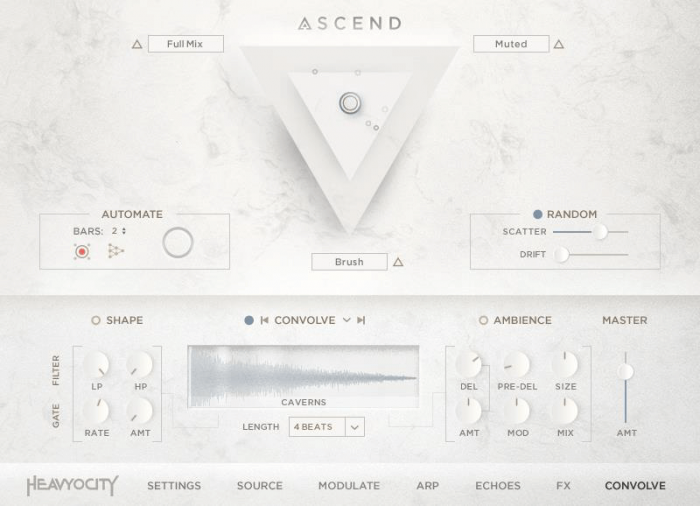 Starting with one of the finest cinematic pianos in the world, Heavyocity then pushed the grandest of grand pianos even further, exploring new ways of evoking sound from this nine-foot frame. First, capturing several prepared performances in intricate detail (brushes, hammers, ebows, chains, and twine) and then, developing an all-new engine to bring these extraordinary sounds to life.

Recorded in stunning detail at a historic NYC studio, this specific grand piano was hand-selected by the Heavyocity team for its outstanding warmth, depth, and detail. Armed with a world-class selection of vintage and modern microphones, the team once again partnered with acclaimed Film Score Mixer Satoshi Noguchi, this time to bring the legendary Steinway sound into your studio. Simply put, ASCEND is your opportunity to play one of the finest cinematic pianos we’ve ever heard.

The gorgeous ASCEND engine is a whole new world to explore — complete with a library of rhythmic convolutions and dozens of layerable sources and FX. The highly-flexible Three Point Mixer provides instant inspiration, and the proprietary Echoes feature accompanies your performances with a lush musical randomness. With ASCEND, Heavyocity has crafted a new breed of cinematic grand piano. Your score may never be the same.