Heavyocity Media has announced the release of GP01: Natural Forces, the first installment in a new line of GRAVITY Pack instruments. 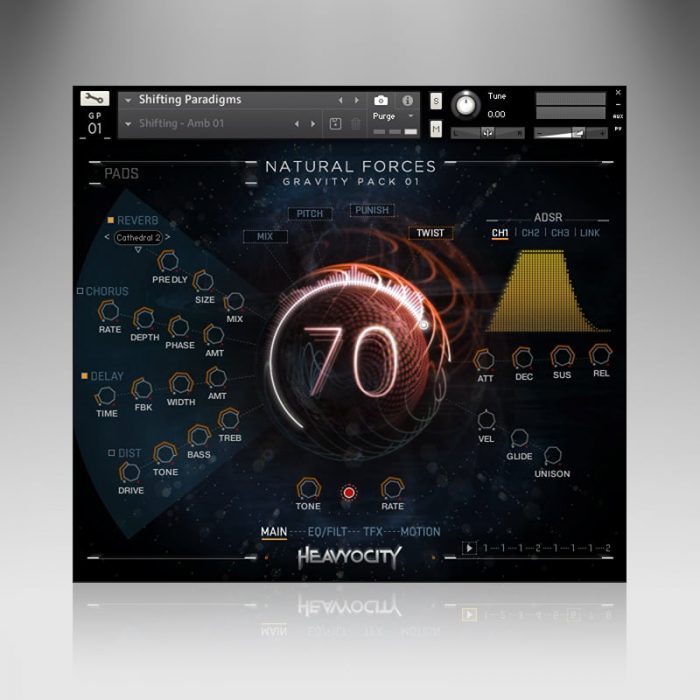 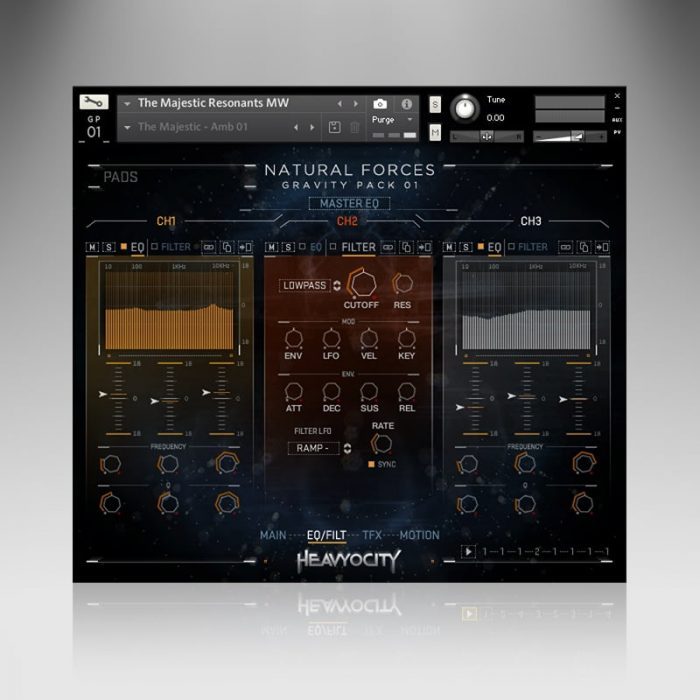 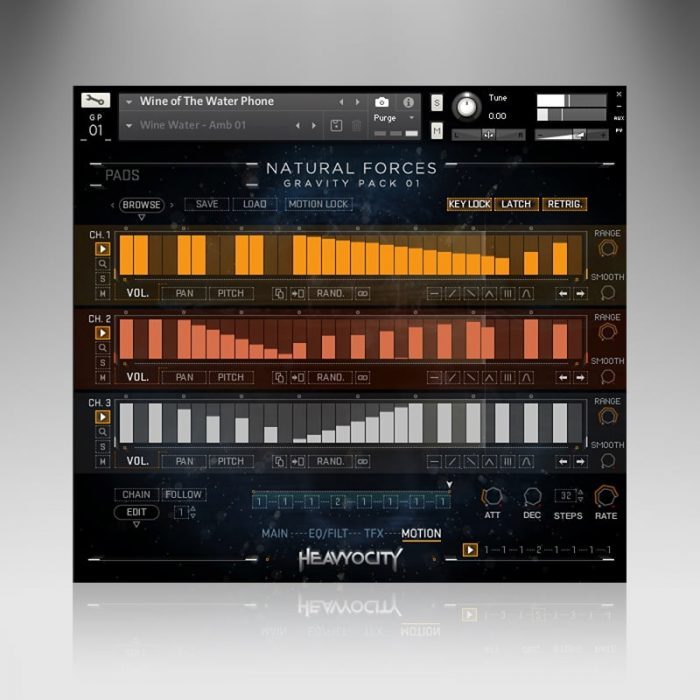 Heavyocity’s Natural Forces adds over 3.2 GB and 430 sound sources to GRAVITY’s already-expansive 12 GB of content. GRAVITY itself contains over 2,200 sound sources and 1,200 Kontakt presets, with more than 800 additional Kontakt instrument snapshots organized by style and timbre.

As a “powered-by-Kontakt” instrument, Natural Forces offers all playback and sound-shaping functionality through the full version of Kontakt or the free Kontakt 5 Player. GRAVITY Packs offer a diverse array of standalone expansion libraries house in Heavyocity’s critically-acclaimed GRAVITY: Modern Scoring Tools engine. Use of these packs will not require purchase of GRAVITY: Modern Scoring Tools.

GP01: Natural Forces is available for the introductory price of $79 USD for one week only (MSRP $99 USD). The Natural Forces pack is free with a purchase of Gravity: Modern Scoring Tools, until September 22nd, 2015.