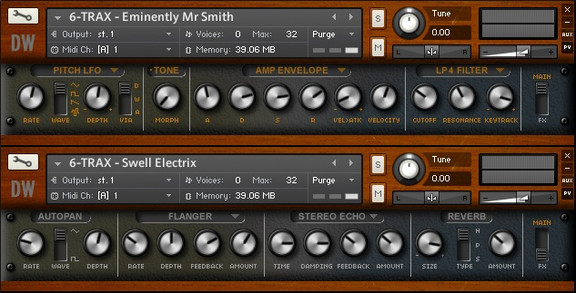 As is so often with my ever growing collection of vintage synths at Hideaway, Six-trak number 1551 came in dead and was singing sweetly again after a few days of attention on the slab armed with the oscilloscope and soldering iron.

Having rescued this little beasty from the grave I was confronted with an empty patch memory so I set about programming up 100 new patches which resulted in a mammoth sampling session rendering over 4Gbytes of material that was auditioned in Kontakt. Having cherry picked some 70 or so of my favorites I set about looping some 870 or so samples and programming up 100 new instruments in Kontakt.

The library is available for purchase for £10 GBP. Requires full version of Kontakt 4.2.4 or higher.