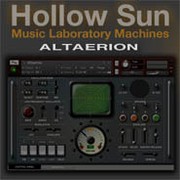 Once again, we have requisitioned an ageing relic which we have re-fashioned for our purposes. This time, from a 1950s of the future where science fiction and science fact were somewhat blurred … a portable communications device intended for an over-ambitious and abandoned manned mission to Mars…

With two oscillators offering a wide variety of true analogue, ring modulated waveforms which can be tuned and mixed, modulated further by a multi-wave LFO and envelope as well as FM and AM modulated, there’s a broad palette of sounds to play with and mix and match before these pass to an ADSR envelope and an array of speaker simulations and lo/hi cut filters to create a wider range of antiquated, retro sci-fi sounds that could have originated in an old black and white B-movie or the early experimental electronic music studios of Europe.

These then pass to a comprehensive chain of effects comprising distortion, chorus, phase shifting, echo and a convolution reverb featuring a wide range of impulses.

Furthermore, touch the ‘scope/sonar/radar in the centre of the panel and Altaerion will come up with a randomly generated sound for you. Not just that but touch it in the effects page and it will generate a new effects configuration at random. Between them, Altaerion will create good starting points for you to tweak and take you in creative directions you might not have thought of. All good fun! 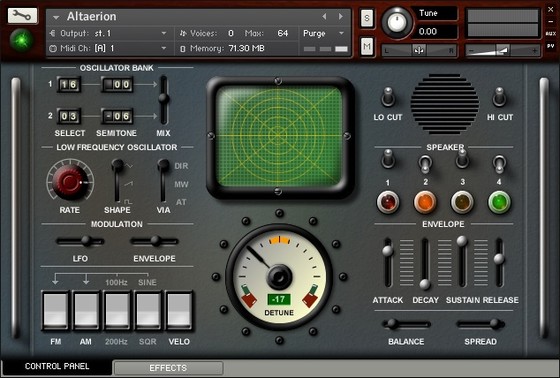 The sound library is available to purchase for £10 GBP.