Homegrown Sounds has released version 1.1 of Cassetto, a cassette based synthesizer instrument for Native Instruments Kontakt.

Cassetto uses sampled oscillators with waveforms from the Analogue Four synth by Elektron, recorded onto an old and well worn cassette.

The update includes a version for Kontakt 5.5, a collection of additional single cycle waveforms, and some improvements and fixes. 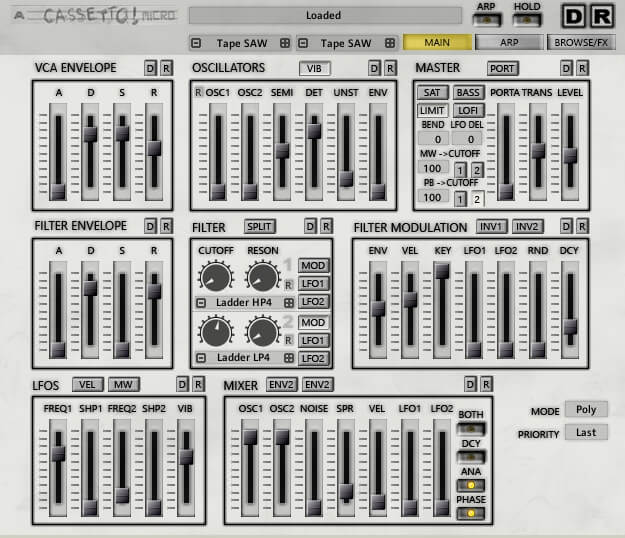 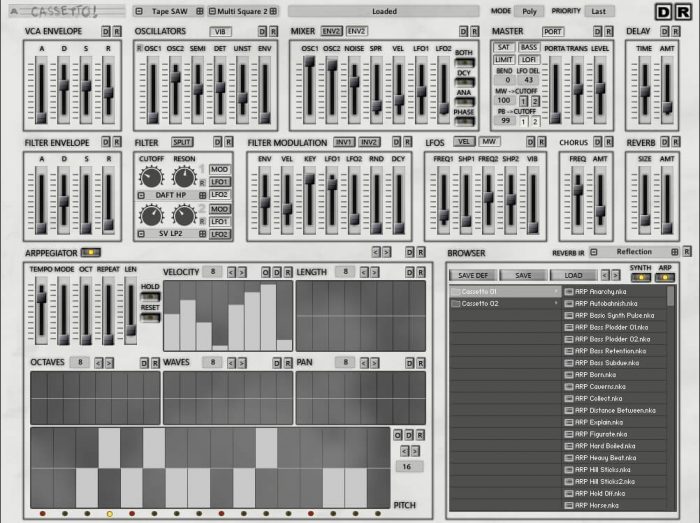 Cassetto gets a major update, most importantly a few people requested a version for Kontakt 5.5 and so Micro Cassetto is born. It is functionally identical to Cassetto but uses Panels.

There are also an additional 63 hand crafted Single Cycle Waveforms, after making presets with the existing single cycles I wanted to expand the digital side of the synth. It has increased the amount of sounds it can make extensively.