Homegrown Sounds has released a public beta version of TerraNova, a multi effects plug-in which has 5 main effects. 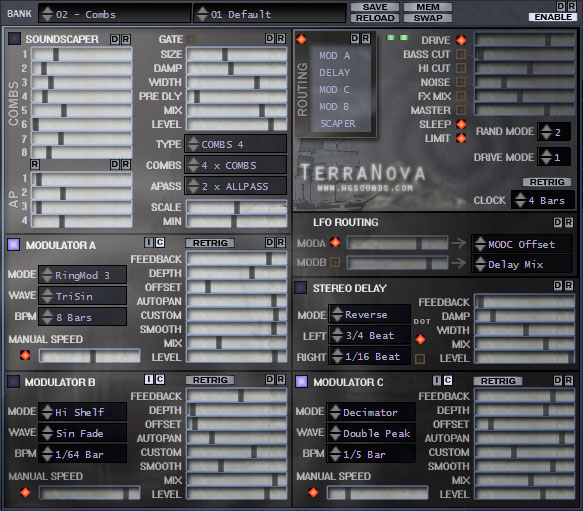 TerraNova has been under development for other 4 months, and once it is finished, I’ll be starting to build a synth using it as it’s FX engine. I have developed a new preset system so that presets will be universal amongst future products and interchangeable.

TerraNova (pre-release) is currently available to purchase as a VST effect plug-in for Windows PC for £20 GBP. A VST/AU release for Mac is coming.