HoRNet Plug-Ins has released version 1.1.0 of Magnus, a brickwall limiter effect plug-in for Windows and Mac. 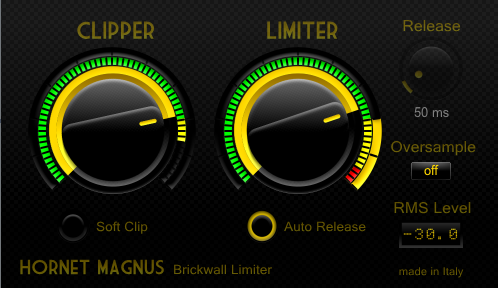 Magnus is a 2 stages brick-wall limiter, its purpose is to make your tracks the loudest possible.

To achieve this the limiting process is divided in two steps: the first is a clipper, hard or soft, that let you cut away those small peaks that nobody is going to hear, the second is a limiter with a fixed threshold of -0.2dB.

Magnus for Windows and Mac (VST/AU/RTAS) is available for purchase for 19.99 EUR. The update is free for all the existing owners.