HoRNet Plug-Ins has announced the release of FilterSolo, a resonant filter effect plug-in for Windows and Mac. 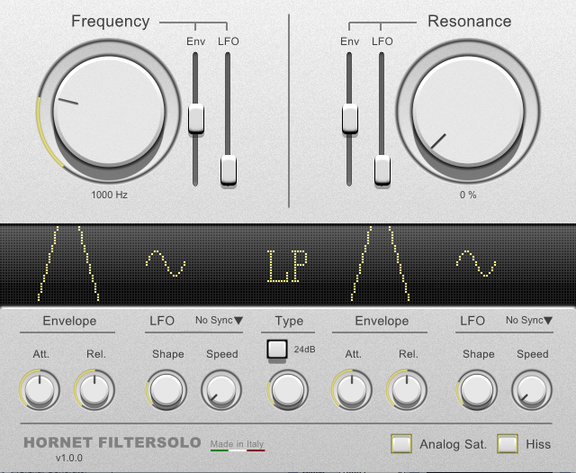 HoRNet FilterSolo it’s a resonant filter with many modulation possibilities and analog emulation. It’s a perfect creative tool for sound shaping and design.

The filter itself is a high quality digital model with analog front-end and back-end, if you use a hot signal on it’s input and leave analog emulation on, you can hear it distort like a solid state unit would do.

FilterSolo is available for purchase for 17.90 EUR.