HoRNet Plugins has announced the release of Dynamics Control, an audio effect plugin for limiting the dynamic range of your sounds on single track busses and final mixes. 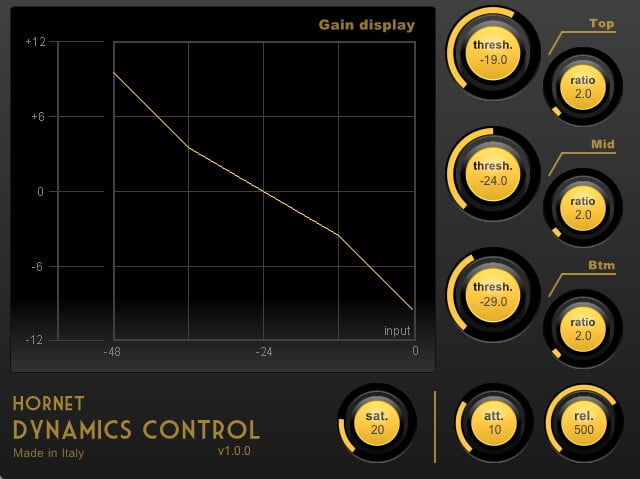 Thanks to the three different compressors it provides, you can limit the difference between the loudest and the softer parts effectively limiting the dynamic range.

The plugin is made of three compressors with different characteristics, the first is a regular compressor used to limit the loudest parts, it has a soft knee and a smooth response. The second one is based on the CompExp algorithm and and changes the gain level trying to “squeeze” the signal around the chosen threshold level, the third one is an “upward” compressor that differs from a regular compressor because if the level falls below the set threshold the signal is amplified instead of being reduced.

HoRNet Dynamics Control is available for purchase for 12.99 EUR.