HoRNet Plugins has announced the release of Magnus MK2, a major update to the Magnus brickwall limiter effect plugin for Windows and Mac. 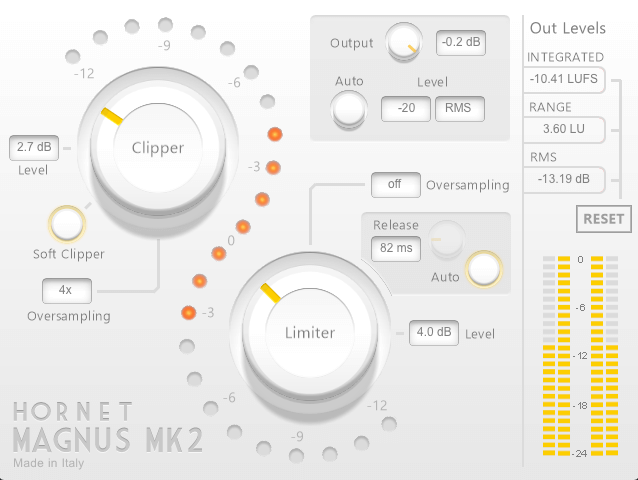 Magnus MK2 improves on the limiter stage of the old version adding a third envelope stage and making the limiting effect even more musical while being able to achieve high RMS levels, in addition to the clipper stage that you already know from Magnus.

Separate oversampling is now available for clipper and limiter stage together with improved output metering with RMS, LUFS, dynamic range and meters.

HoRNet also added a handy auto output level option, based on their auto gain algorithm, which allows you to adjust the output based on dBFS, RMS or LUFS level.

HoRNet Magnus MK2 is available for purchase for 21.99 EUR. Users of Magnus version 1 can upgrade for 4.99 EUR.

Save 70% off LuSH-101 synthesizer at Plugin Boutique